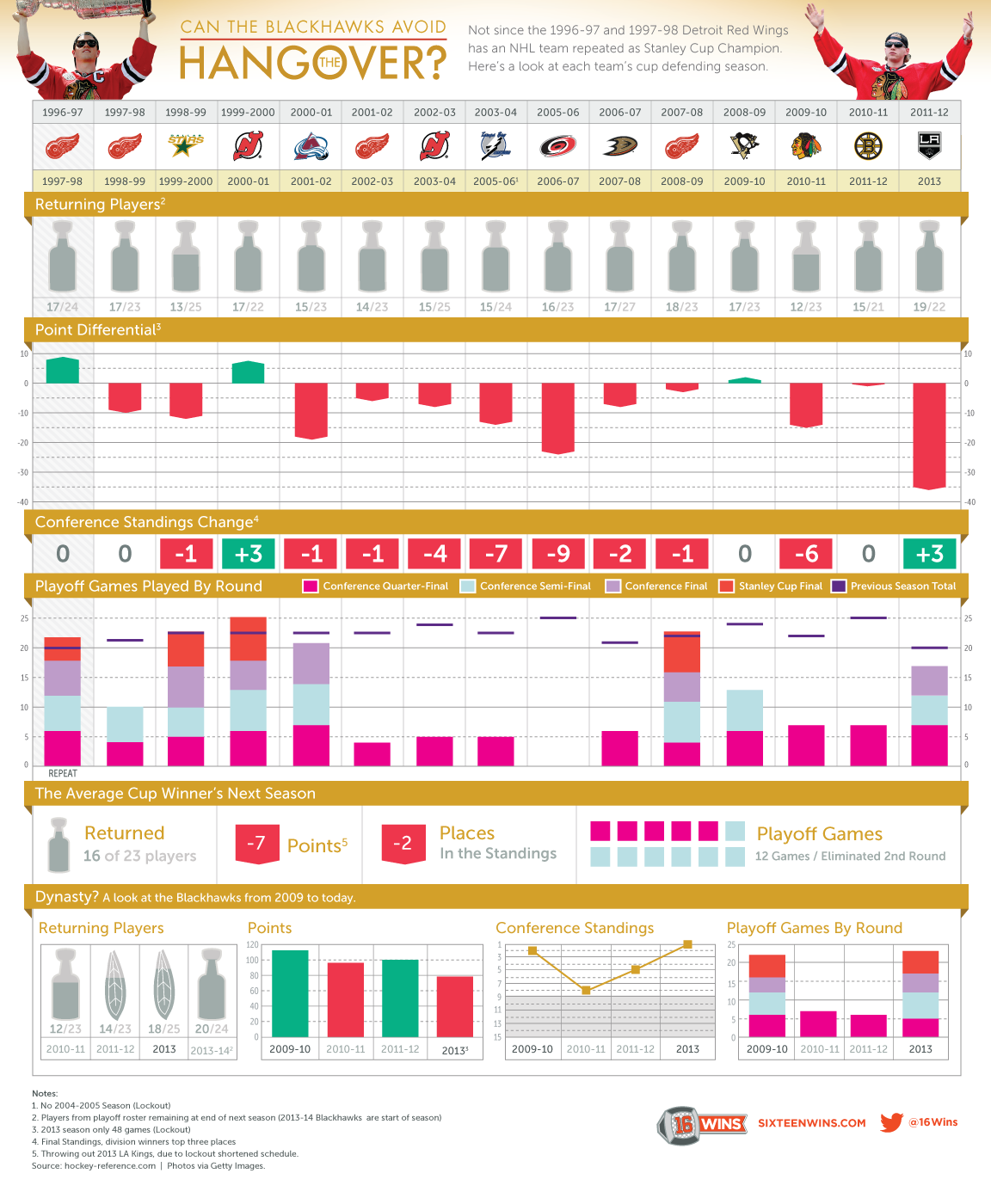 The dreaded Stanley Cup Hangover. How bad can it be?The NHL has gone the longest of the four major leagues without a repeat champion with the last repeat winner being the 1998 Detroit Red Wings. By comparison, the last NBA repeat champ was just last year (the Heat), the NFL was in 2005 (Patriots) and the MLB was in 2000 (Yankees). Three clubs were close to repeating but were denied in the Stanley Cup final (2000 Stars, 2001 Devils and the 2009 Red Wings). Outside of that, most teams saw mixed playoff success at best, with the 2007 Hurricanes failing to even make them at all.What can the 2013-14 Blackhawks look forward too? Well, the average team loses about 7 points from the previous year, 2 places in the conference standings and is eliminated in the second round. After the 2010 Blackhawks won, they lost 15 points, were the eight seed and got bounced in the first round (granted they lost 11 players to salary cap issues and this year’s club is pretty much intact - I’m guessing it’s safe to say they’ll do a little better).So, why is it so hard to repeat? I prefer to blame all the hanging out with Phil Pritchard (the keeper of the cup guy, you know, with the white gloves) during the offseason. I think we can all agree that guy knows how to party. However, there’s a decent chance it’s something else. Take a look at the graphic and feel free to draw your own conclusions.