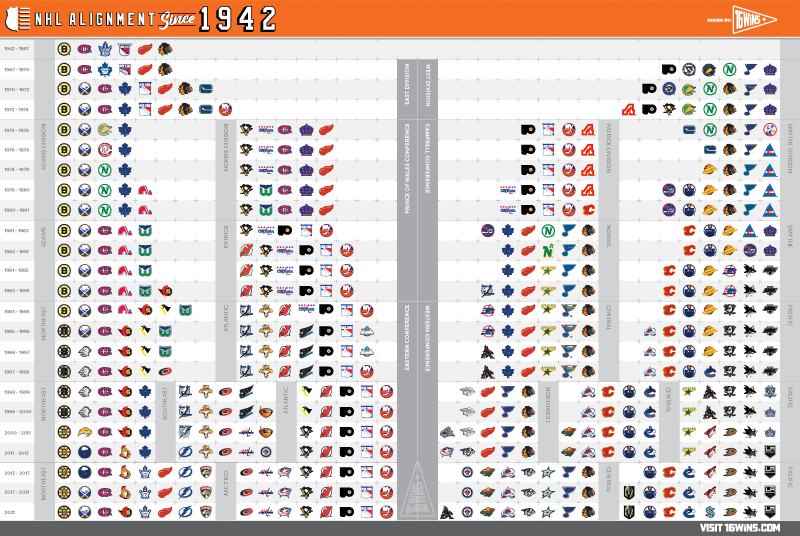 A long time ago (2011) I created an infographic showing NHL Alignment since 1967. This was just after the Atlanta Thrashers moved to Winnipeg. I've had a few requests over the years to update it, and since there's been a realignment and two new teams added since then, it was definitely due.

For this new version, I've made some tweaks and changes. The original six era was added to show its longevity. Team logos were updated as needed. Sometimes, a logo change happened in the middle of a realignment era and in those cases, I picked the logo I felt best represented the team in that era (or, it was the Buffaslug and quite frankly that just needed to be there). Finally, teams aren't listed in any specific order (ie alphabetical or by year established). I wanted to show how long certain teams were in certain divisions and how some teams have been with each other forever (like Boston and Buffalo).

Click the thumbnail below to see a larger version of the graphic.

PS- I still miss the divisions and conferences with historical names. #NorrisDivision4ever. 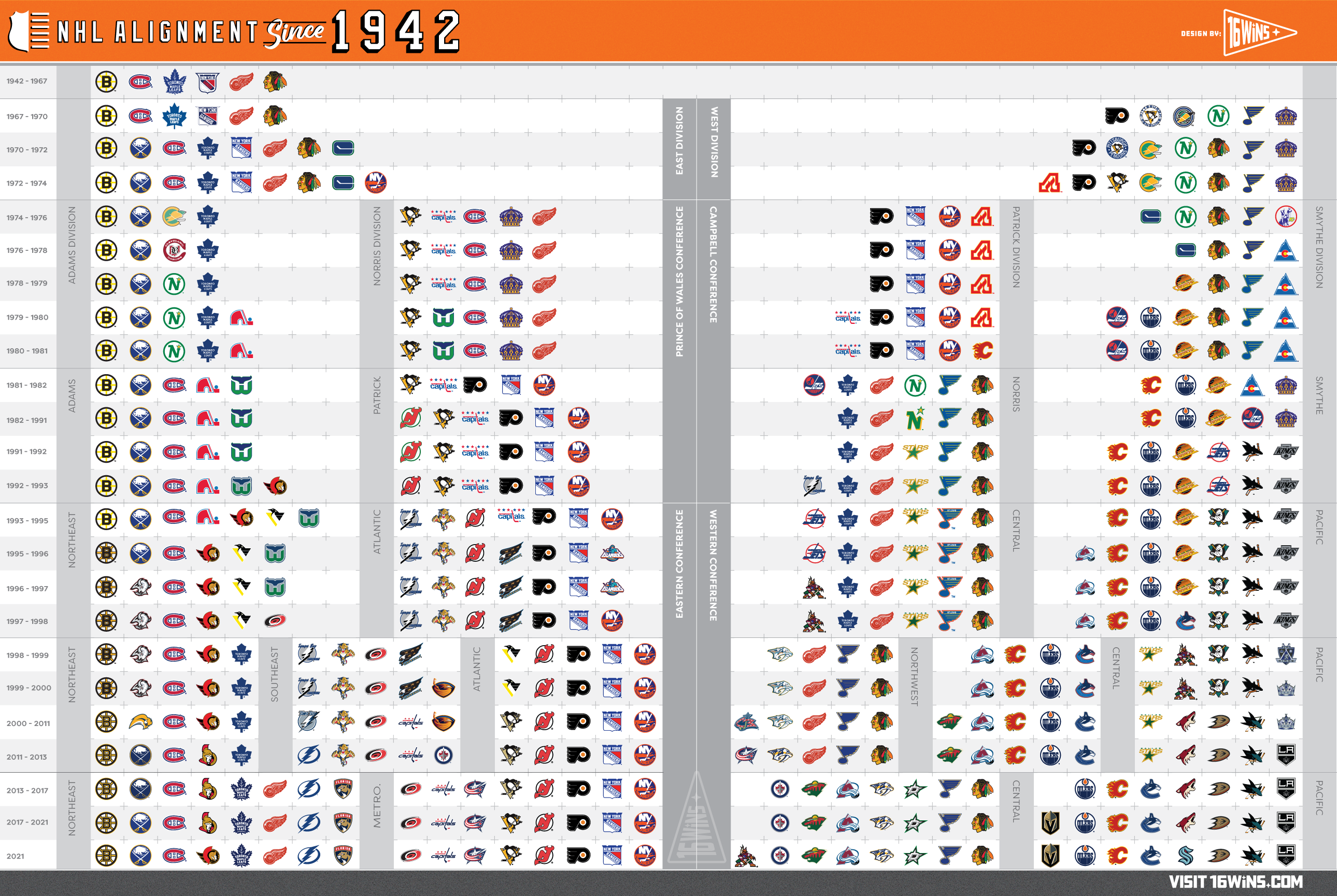